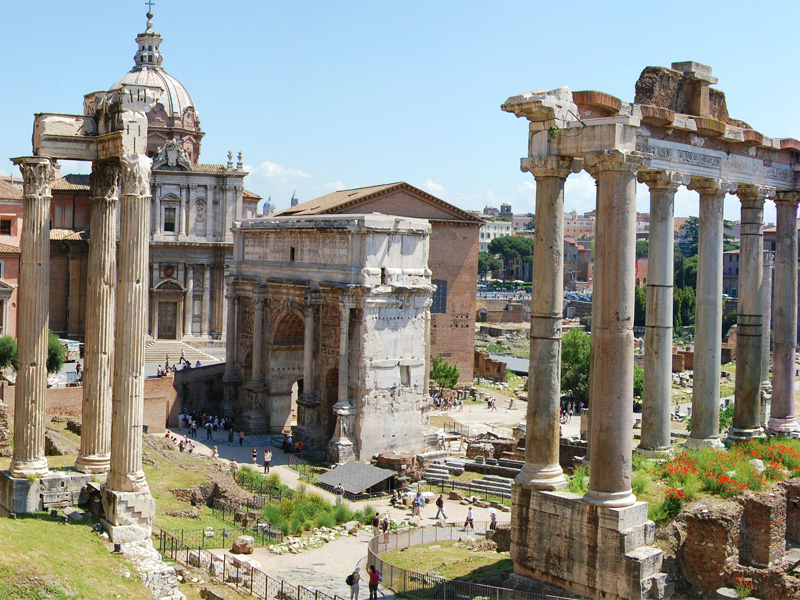 The Roman Forum is an area of great historical and archaeological importance located between the two hills Palatino and Campidoglio.
The area, trapezoidal, rises on what in ancient times was the meeting point of several major roads. In Roman times, the Forum was used as an area for trade, and over the centuries various buildings were built around it, buildings like temples and monuments, some of which were later converted into churches. During the Middle Ages, as the Colosseum, the Roman Forum area was used as a quarry to collect building material.
The Roman Forum, located next to the Colosseum, is 1.5 km far from the Hotel Kennedy and is open all year with a single ticket that allows the entrance also to the Colosseum and the Palatine. The Forum is equipped to allow visits for disabled people and offers night openings.